In 2018, our pigeon B18-5025231 "Madame Zagreb" won 2nd Acebird OLR Derby Zagreb. One year later she is mother to the winner of OLR Fast Pigeons Rimini, Winter edition for Mr. Ploscaru Catalin together with his associate Mr. Matei Cosmin.

Hello mister Thoné , my name is Ploscaru Catalin and togheter with my asociate Matei Cosmin , we want to thank you for your wonderful pigeons that we bought in diffrent auction and they are phenomenon breeders in Matei & Ploscaru Loft .

After "Super 032" became a champion like only youngster raced from "New Kirin" , we put in our breeding loft other two brothers with "Super 032" and they became super breeders also ,one of them is :

In other words we have a "Golden Lady" and her name is "New Kirin" and we thank you again mister Thone for such of quality pigeons .

P.S. I will send you one other mail with one couple originals Thone that we have good results with the youngsters this year . 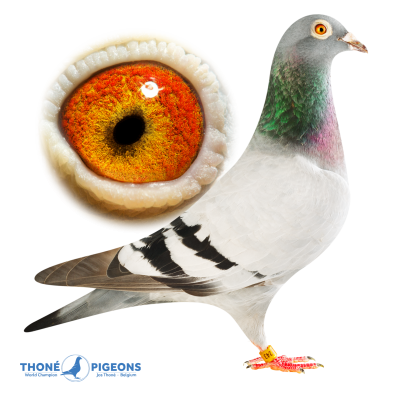 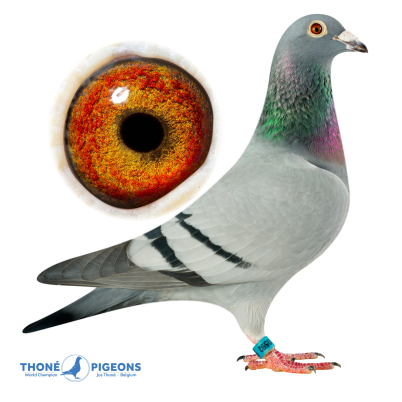 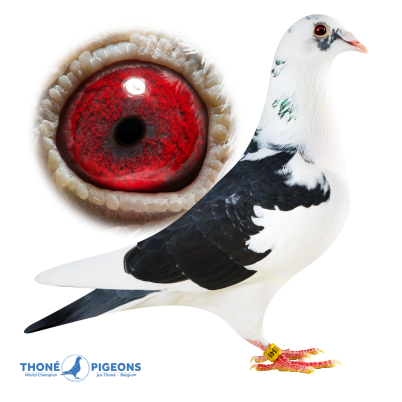